Cities to visit in Italy

Cities to visit in Italy

There are many magnificent cities to visit in Italy; students and tourists can be guaranteed to have an unforgettable time. Italy hosts millions of tourists every year; with its deep history, impressive natural beauties, architecture , culture, cuisine and many other points of interest, it is one of the countries that attract the most tourists in Europe. In addition to all these, it is possible to travel here from thousands of kilometres just to see and examine the traces of art , fashion and architectural history in the country. Considering this, it can be said that students who receive university education in the country are incredibly lucky.

Touristic cities in Italy stretch from the north to the south of the country. In addition, it is possible to witness the beauties that you can admire not only in the big cities of the country, but also in any town.

Considering Italy’s transportation opportunities, touristic tours and activities, it is a great country for tourism, especially for students.

You can also review our article ” Why You Should Learn Italian “.

Places To Visit In Rome | Cities to Visit in Italy

Rome is one of the most popular tourist destinations among cities in Italy and in Europe. Visiting the Colosseum and Vatican Museums, the Roman Forum, and Navona Square, where the bustling city life can best be observed, are just some of the things to do in Rome. Other noteworthy sites are the Colosseum, Trevi Fountain, Pantheon, Forum, Spanish Steps, and the catacombs). 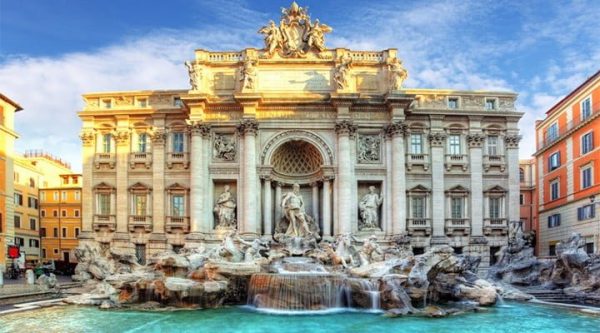 When visiting Italy, you can go to a show in one of the many theaters of Rome, and enjoy an open-air performance at the Stadio Falminio or the Olympic Stadium. If you are a literature lover, you can enjoy a night at a book bar. You can join a bar, library and book club. For bargain hunters, Rome’s ancient fairs and flea markets offer vintage and second-hand goodies. If you’re feeling brave, you can even rent a bike and try to tour the famous chaotic Rome. 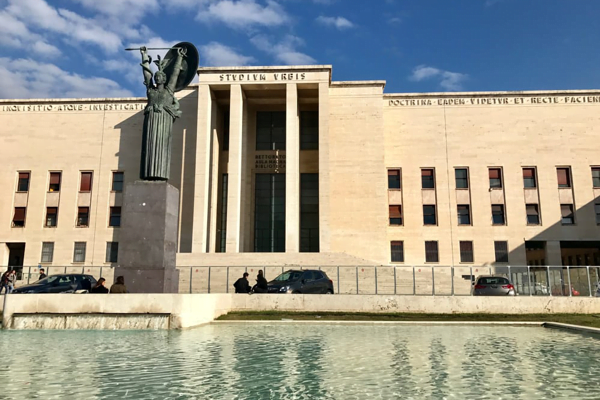 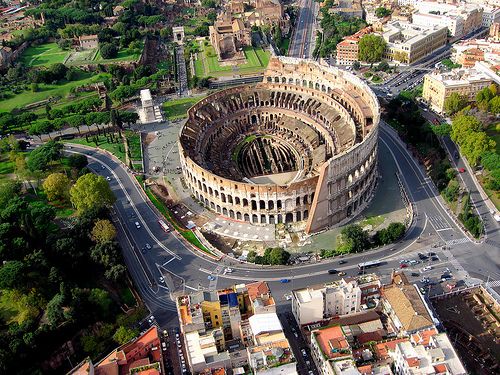 This magnificent structure, which is 188 meters long and 156 meters wide, was built in 72 AD. The building, where 55,000 people watched theater plays, animal and gladiator fights and executions at the same time, has survived to the present day, even though it was unusable due to earthquakes a long time ago. It was also selected as one of the new 7 wonders of the world in 2007.

Today, one of the most important touristic cities in Italy, Rome was also a central city in many ways in the past. B.C. The Roman Forum, which was one of the most important centers from the 5th century to the 7th century AD, contains many religious buildings, administrative buildings and monuments. The Forum was both the commercial and political center of the Roman Empire for about 1000 years. 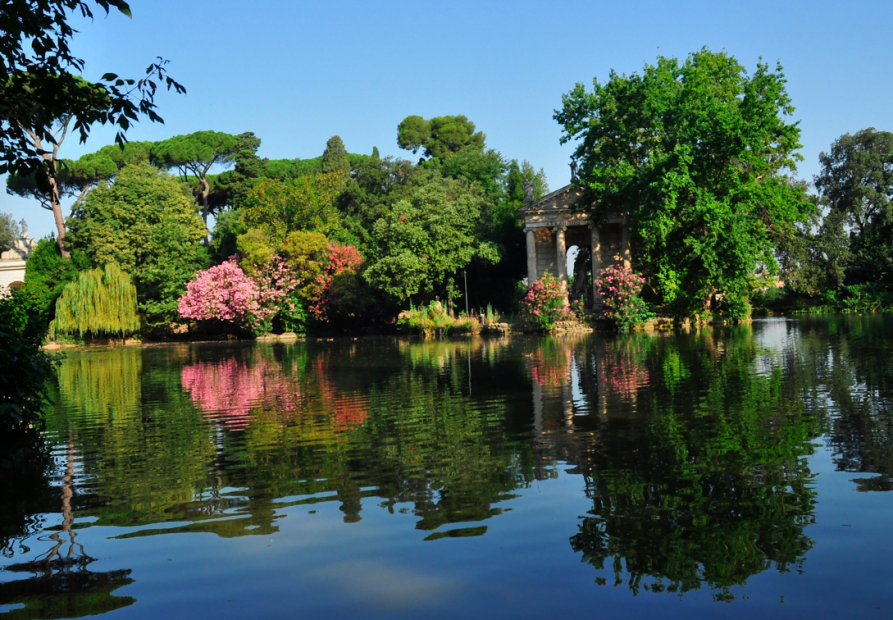 Villa Borghese is one of the most beautiful places that can be preferred to get away from the noise of the city. Villa Borghese, one of the largest urban parks in Europe with an area of 1700 acres, was established in 1903. In the park, you can both watch the natural and historical beauties and observe the traces of Roman art. You can also check out our ” Life in Rome ” page.

Places To Visit In Milan | Cities to Visit in Italy

Milan, known as the fashion capital, is one of the most popular tourist destinations among the cities to visit in Italy. It is known as one of the best cities in the world, with world-class universities, a high standard of living, and a large and diverse student population. Milan, a thriving economic centre in the north of Italy, strongly preserves its past while at the same time representing modern urban Italian life. 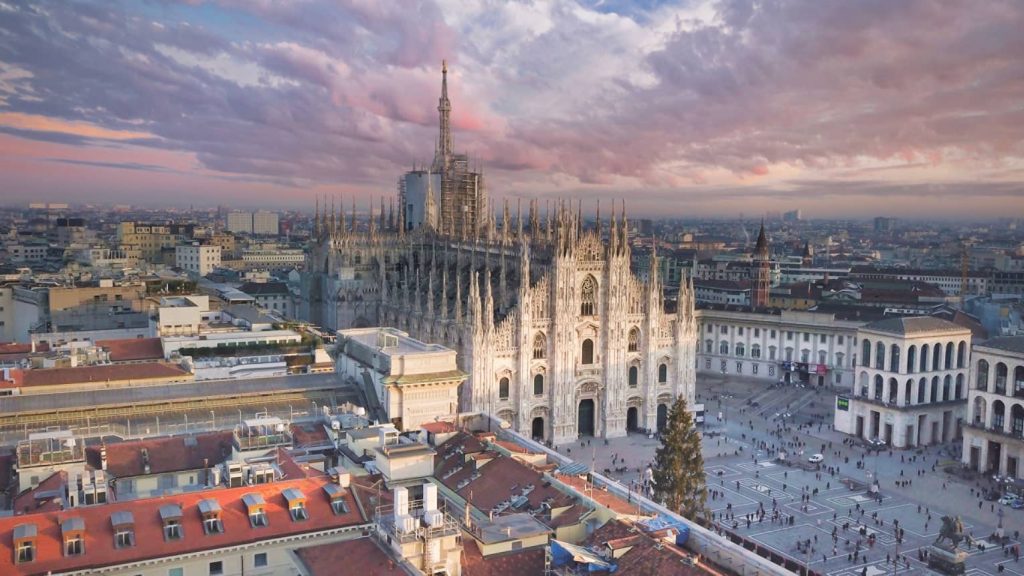 The city’s cosmopolitan population coexists with many historic sites, including the Basilica of Santa Maria alle Grazie, which contains the famous painting The Last Supper and is also a UNESCO World Heritage Site. In addition to being Italy’s leading financial centre, Milan is recognized as a world leader in the fashion and design industries and has been designated the fashion capital of the world alongside London, Paris and New York. If you are into sports, Milan’s famous football teams AC Milan and Internazionale will keep your football fun alive. You can also check out our ” Fashion and Design Education in Milan ” page. 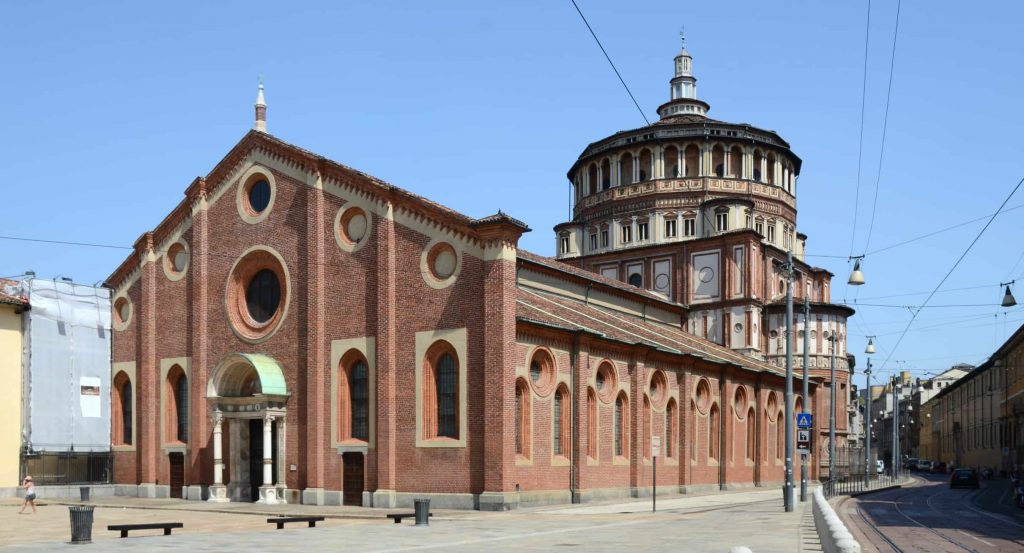 Beginning to be built in 1386, the Duomo di Milano is one of the largest gothic structures in the world. The history of the cathedral is quite long. Due to political events and design changes, its construction could only be completed in 1965. 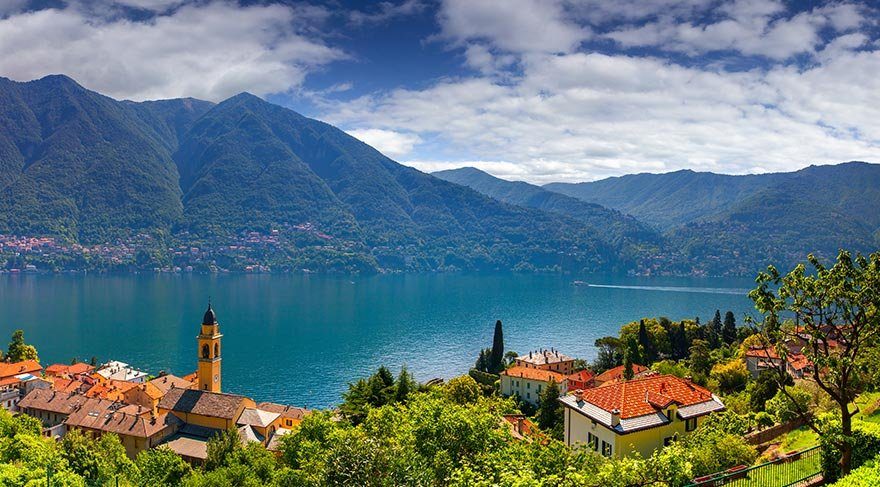 Touristic cities in Italy have natural beauty as well as many historical buildings. Lake Como, 50 km from Milan city centre, is one of them. There are interesting touristic places around the lake, whose depth exceeds 400 meters.

Founded in 1953, the museum has a unique collection. In the museum located in the San Vittore al Corpo Monastery, you can examine the first Italian locomotive, objects in fields such as photography and communication, as well as wooden models of the inventions of various geniuses.

Places To Visit In Florence | Cities to Visit in Italy

Italy has many natural and cultural places to visit; below are some of them: 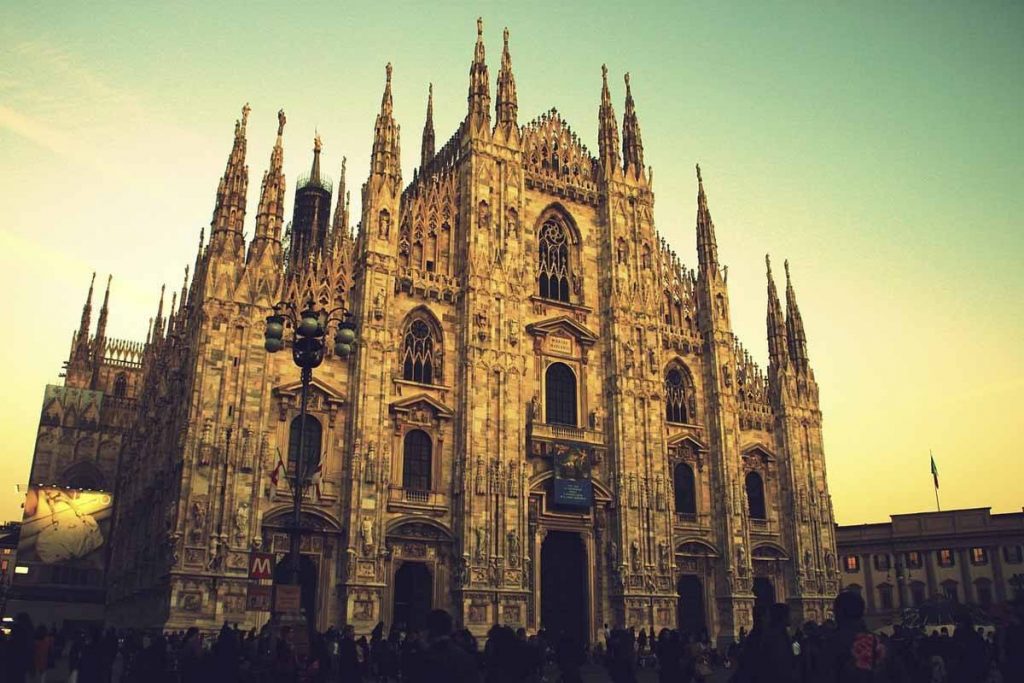 The square, where structures such as Florence Cathedral, Giotto’s Bell Tower, St. Giovanni’s Baptistery and Museo dell’Opera del Duomo are located, is home to many more places to visit. You can have a pleasant time in Piazza del Duomo, which is surrounded by many restaurants and cafes. 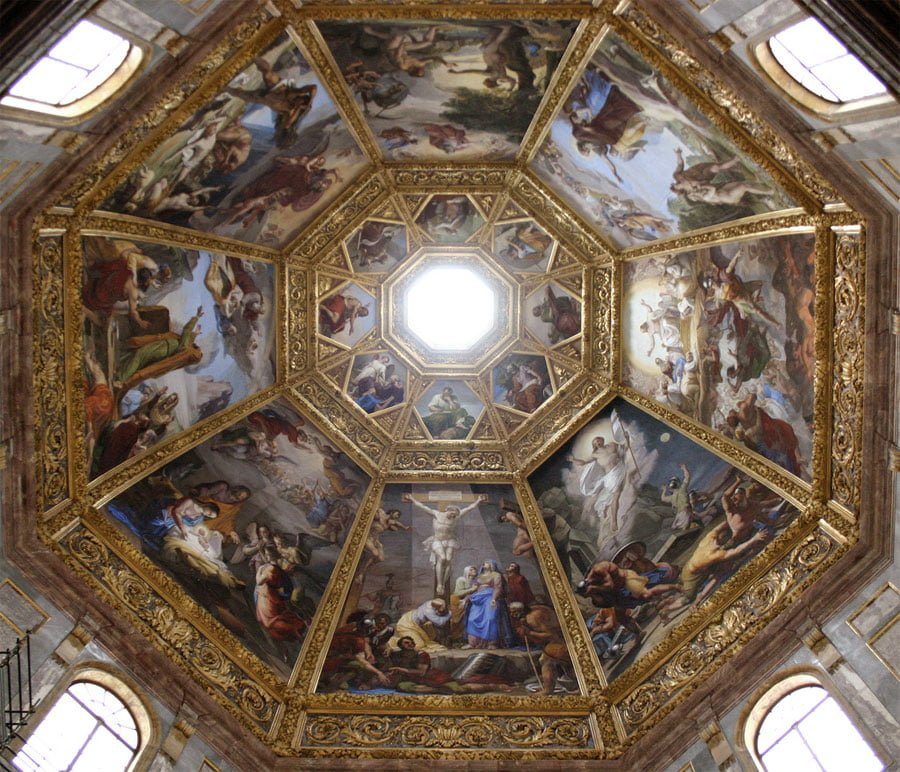 The building, which started to be built in the 15th century, is located in the city in a very ostentatious way. There are mausoleums, statues and treasures of the powerful families of the period in the cellar section of the religious building, where the belongings and works of famous artists such as Donatello and Michelangelo are also found.

The construction of the tower, which is among the symbols of the city, was completed in 1359. When you reach the top floor of the 84.7-meter-long building with its 414-step staircase, a unique city view welcomes the visitors.

Pisa | Cities to Visit in Italy 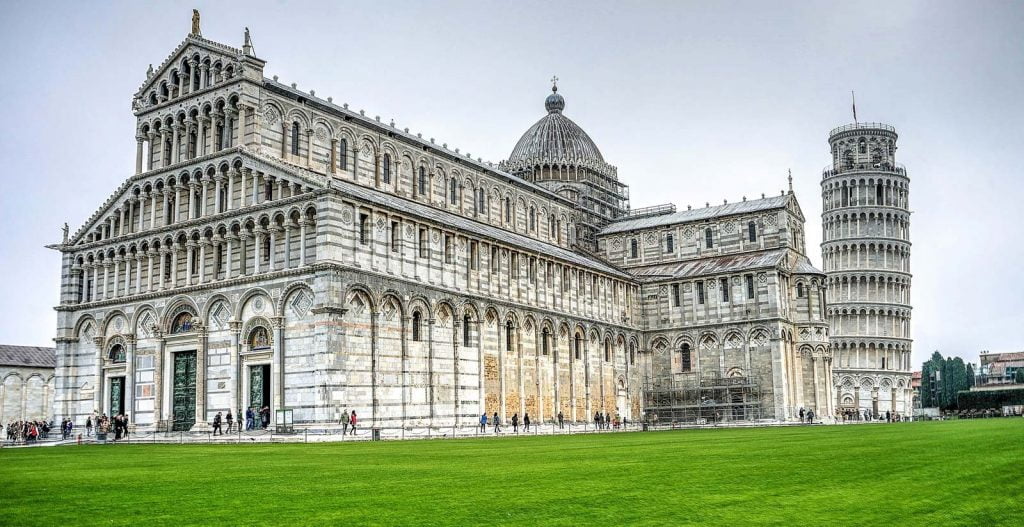 When speaking about cities to visit in Italy, Pisa will undoubtedly be at the top of the list. The city has more than 20 historic churches, several palaces and a number of stunning bridges across the Arno River. After climbing the famous Leaning Tower and taking one of the typical tourist photos where you pretend to hold the tower with your hand, there are so many more things to do in Pisa, so many places to visit. In the summer, you can see students on the banks of the river having fun or sipping a drink from one of the area’s fine wine bars.

You may not find many clubs or live music venues in Pisa, but the city offers alternative music venues, disco and karaoke bars. In the meantime, you can enjoy a quiet dinner. Take a walk in Piazza Garibaldi and the riverside Lungarni, or indulge in one of Pisa’s hot 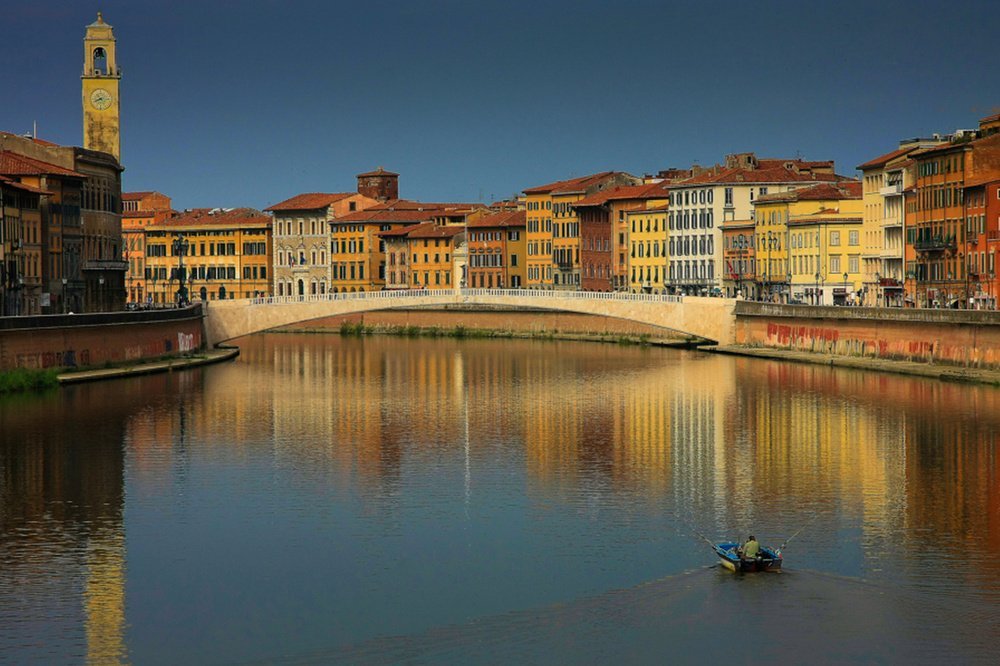 The city derives most of its life from its student population, which organizes many parties, shows, and cultural events. The most important among the universities in Pisa is the University of Pisa, which was ranked 383rd according to the QS World University Rankings 2021. The most famous former student of the university is Galileo Galilei, who studied there in the 16th century.

The world’s most famous astronomers, physicists and inventors were educated at some Italian universities. Along with the University of Pisa, the Scuola Normale Superiore ranks 204th in the world, while the Sant’Anali School of Advanced Studies ranks 177th. They form the University System of Pisa, which is considered one of the leading education centres in Europe. 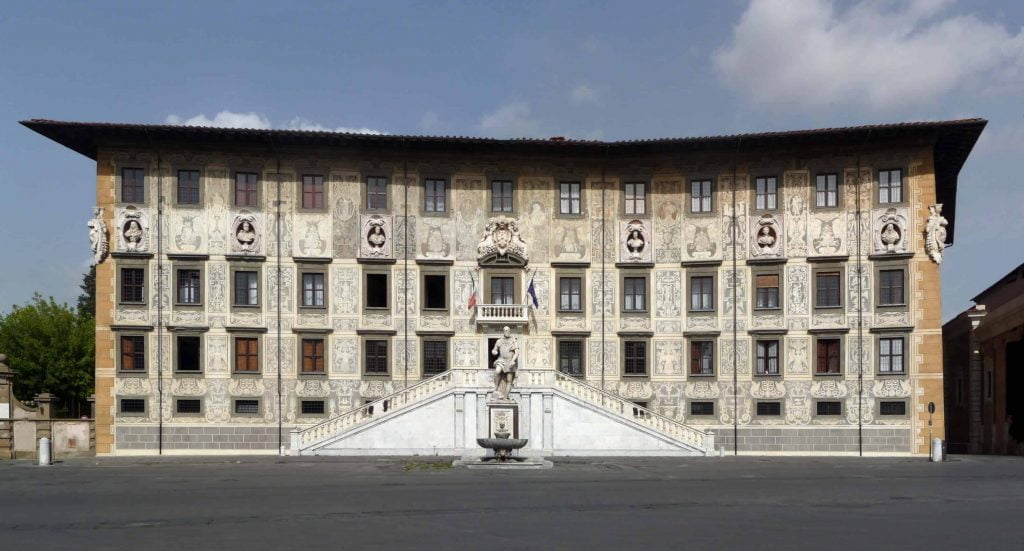 Bologna | Cities to Visit in Italy 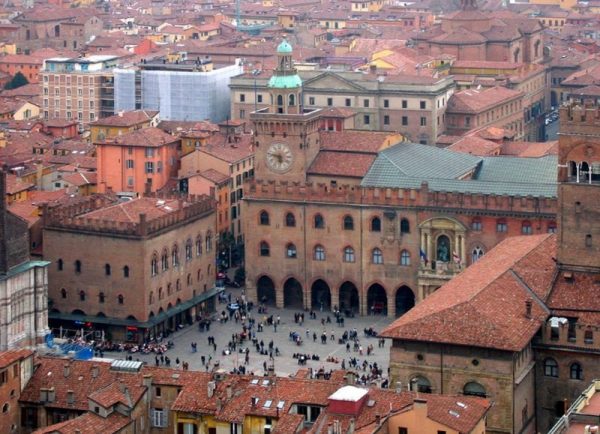 Bologna is well known among Italians, although foreigners are less familiar with it when it comes to places to visit in Italy. This is not just because it is the largest city and capital of the Emilia-Romagna region. Bologna is known as the culinary capital of Italy. It has also been named a Creative City for Music by UNESCO. Moreover, its historical structures are well preserved. The city’s common red hues, from terracotta to burnt oranges and warm yellows, gave it the name ‘Bologna La Rossa’ (Red Bologna).

Developed around one of the oldest universities in the world, Bologna remains a university city with a large and diverse student population. A thriving nightlife, quality live music stages, and almost 100 concerts featuring international rock, electronic and alternative bands are held each year. Other study event options include the restored silent and sound films festival in July, the three major automobile museums (Ducati, Lamborghini and Ferrari) and the Formula 1 collection. 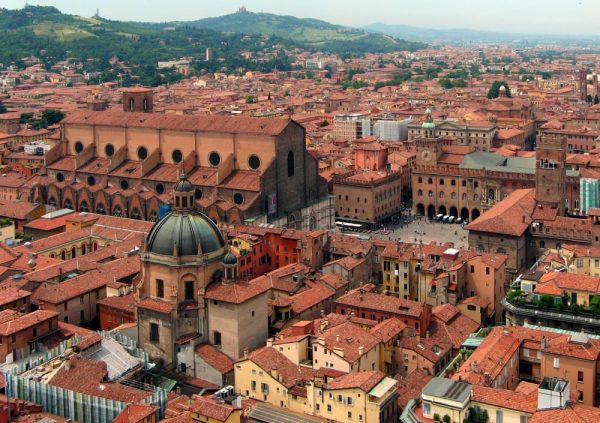 Ranked highest among universities in Bologna and Italy’s second-highest entry in the QS World University Rankings is the University of Bologna . Other higher education institutions in Bologna include the Collegio di Spagna (for Spanish courses at the University of Bologna), the US Johns Hopkins University Bologna campus, the Bologna Academy of Fine Arts and the Collegio Superiore di Bologna. Students may also consider taking a class at Carpigiani Gelato University, where they can learn how to make authentic Italian ice cream.

Pava Education provides consultancy services for the universities we have mentioned in this article and for all other universities in Italy. If you want to study at any university in Italy, fill out the application form immediately. Our expert team will get back to you within two working days. You can also review our topic ” University Education System in Italy “.