General Information About the University of Bologna

The origins of the University of Bologna date back to ancient times; it is considered to be the oldest university in the western world. Founded in 1088, the university experienced its golden age in the 17th century with the teachings of Marcello Malpighi. Since it is the first educational institution to use the title of university, it bears the title of “Alma Mater”. It first included lawyers in its teaching staff, and since the 14th century, it expanded its teaching staff to teach courses such as logic, astronomy, medicine, and philosophy. In addition to this, Gaspare Tagliacozzi completed his first plastic surgery studies in the 16th century at the university, which made a name for itself with his studies in the field of Medicine.

With Giosuè Carducci winning the Nobel Prize, the reputation of the university has risen again in Europe. On September 18, 1988, the “Magna Charta Universitatum Europaeum” was signed with the rectors of 430 universities from all continents in Piazza Maggiore. Thus, it has been accepted that there will be no geographical and political boundaries in education and research. 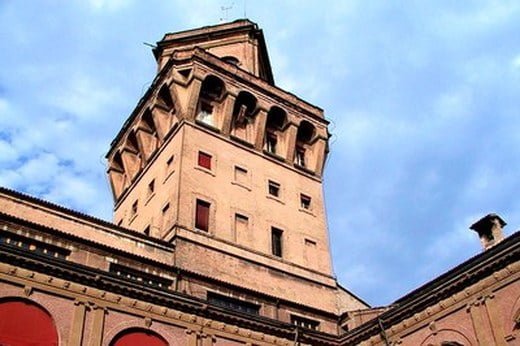 There are more than 200 programs you can study at the university. There are 78 international programs available. Of these, 62 are taught in English and 38 in Italian. The University of Bologna has 197 research projects funded by the European Union within the framework of H2020 and LIFE and 72 PRIN projects funded by MIUR (Italian Ministry of University and Research), 80 projects financed by the Emilia-Romagna Region, 10 research and training centers.

Aiming to be international in education, the university has taken many steps in this regard. It is at the forefront with its international exchange programs and agreements with other universities. The Erasmus exchange program for European universities offers its students the opportunity to study at the schools it has agreements with overseas. It gives the chance to study at the Buenos Aires campus for students in engineering, economics and politics programs, and they can also go to other contracted Argentine universities. It also opened its doors to Chinese students with the Marco Polo project.

The University of Bologna has many scholarships and fee waivers for international students. Students who follow certain procedures can benefit from them. In addition, there are private tutoring supports for students who may need financial support.

WHERE IS THE UNIVERSITY OF BOLOGNA? 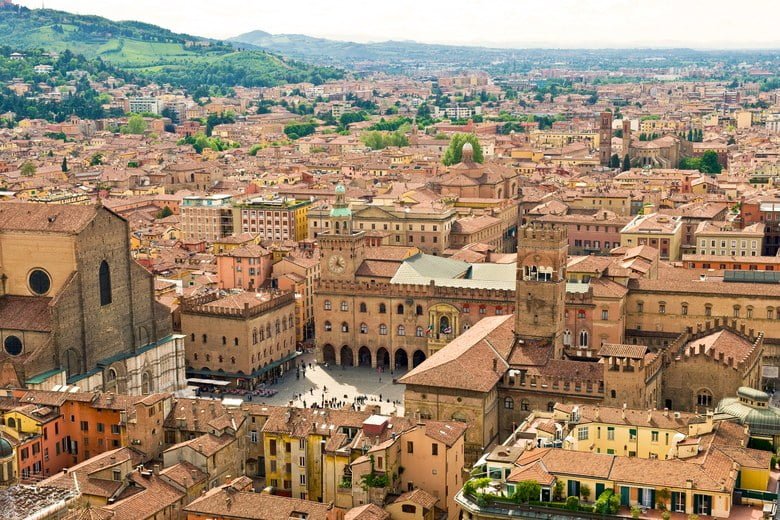 STUDENT LIFE AT THE UNIVERSITY OF BOLOGNA

Studying at the University of Bologna really makes an impact on students due to the international education system the university has, and studying in the city of Bologna is seen as a privilege for many. The university, which has a deep-rooted history, is also home to many historical and culturally significant sites. Since it hosts many students from abroad, many events and organizations are held among students.

The university has a network of museums and art galleries. In addition, the university has a website with an up-to-date calendar of events. Transportation within the city is provided by bicycle, train and bus. There are valid transportation cards on all 3 lines. Being a student at the University of Bologna is also invaluable for Bologna’s location. Compared to students from other cities, students in Bologna can travel frequently, as it is in the middle of many beautiful cities in Italy.

You can also review our topic ” Top 500 Italian Universities “.

The University of Bologna has a deep-rooted history, the educational processes of many famous people whose names we know today also passed here in this historical process. Among them is Italian inventor Gulelmo Marconi, creator of the Ferrari car brand Enzo Ferrari. Another is the fashion brand Armani’s founder, Giorgio Armani. Also noteworthy are Galileo Galilei and Nikolas Copernicus, known as the father of astronomy.

DEPARTMENTS AT THE UNIVERSITY OF BOLOGNA 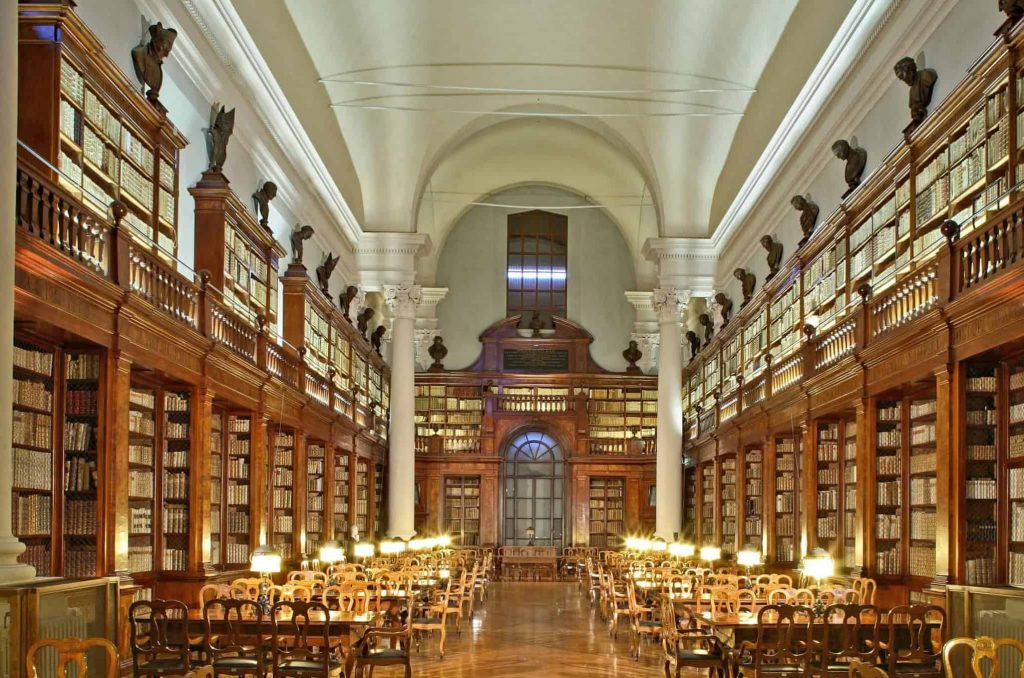 MEDICAL EDUCATION AT THE UNIVERSITY OF BOLOGNA

Bologna University Faculty of Medicine since its establishment has been to train doctors with all the skills and competencies necessary to be the best possible. Medical education at the university offers a program aligned with the European Thematic Network (MEDINE). The program is divided into 3 separate programs run for 2 consecutive years. In addition, there is a compulsory internship as a graduation requirement in the program.

Medical education at the University of Bologna lasts 6 years. A single exam in English is valid for admission; International Medical Admission Test (IMAT). The test cost is approximately 130 €.

You can learn more by reviewing the articles ” Studying Medicine in Italy” and ” IMAT” .

TUITION FEES AT THE UNIVERSITY OF BOLOGNA

At the University of Bologna, fees are calculated based on family income and the student’s country of origin. Fees range from 150 € to 3500 €. Italy is one of the countries that offers the most scholarship opportunities in Europe. Scholarship opportunities vary depending on the university and department you are applying to. In Italy, each region grants scholarships according to the rules it determines. These scholarships vary according to family income, success and personal income of students.

You can contact us to get professional support about tuition fees and scholarship opportunities .

COSTS OF LIVING IN BOLOGNA

Tuition fees, purchasing books and teaching materials are not the only expenses students have to make. Accommodation and living expenses should also be considered. Rental expenses are one of the important expenses that students should consider. The data below are averages based on data from several locations in Bologna. In towns with Romagna Campuses, the cost of living may be slightly lower.

We recommend that you read our topic “Moving to and Living in Italy “. 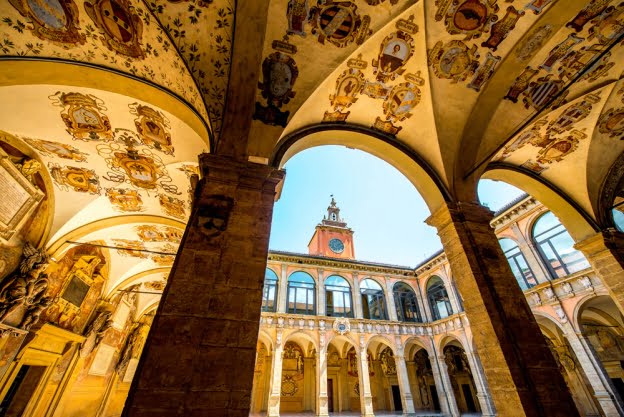 The University of Bologna offers separate accommodation for Bologna, Cesena, Forli, Ravenna and Rimini campuses. Since it is a university that receives intensive registration every year, it is useful to apply online and remotely before going for education. Apart from the dormitory facilities offered by the university, it also provides support for those who want to stay in homestays and stay outside the university dormitories.

You can learn more about Accommodation in Italy.

Erasmus students may have difficulties in finding accommodation because many students come to Bologna, making the rental market competitive. It is recommended by the University to book accommodation before arriving in Bologna. If you want detailed information and professional help on this subject, you can fill out our application form.