The City of Rome

Rome is the capital of Italy and also one of the most ancient cities in the world. Rome is located on the Tiber River in the central part of the Italian peninsula. It was once the capital of an ancient republic and empire whose armies and rule defined the Western world in ancient ages and then left seemingly indelible marks. Rome, the Catholic Church’s capital, is a city that experienced the peak of its artistic and intellectual developments. Rome, also known as the Eternal City (La Città Eterna), is a religious centre and a monument to the creative imagination of the past. university in Rome means studying at the leading universities of Europe in one of the world’s most ancient cities.

Rome is the capital of Italy and a city of historical importance. The foundation of modern European history and modern law was laid in Rome. The city offers a university education opportunity where you can feel the historical texture of its centuries-old universities.

Also, you can check our “Cost of Living in Italy” article.

Studying at University in Rome

There are many program options for students who want to study in Rome. Rome, visited by millions of tourists every year, is also an excellent choice for university education. The variety of English programs within the universities in Rome is quite wide. You can study entirely in English, from fashion design to engineering, from international relations to architecture.

International student mobility is also very high. In this way, students have the chance to realize the concept of world citizenship.

Some of the departments you can choose to study university in Rome are as follows:

For detailed information, read “How to Study University in Italy?”

Rome has some of Italy’s leading universities, such as La Sapienza University and Tor Vergata University. Being one of Italy’s most important cities in terms of economy as it is the capital city, Rome also allocates a large number of resources for its universities. Universities are scattered in many different parts of the city.

Universities in Rome are as follows: 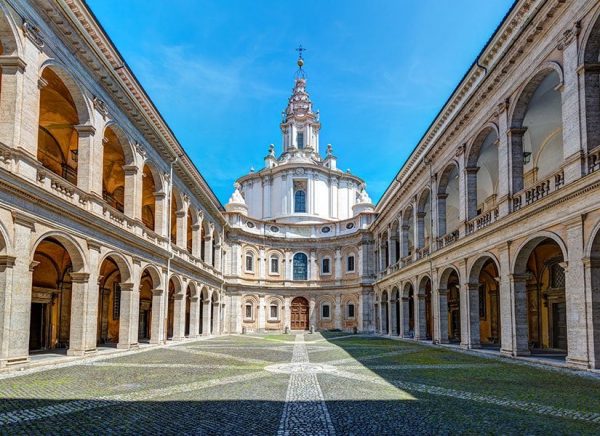 There are many universities and programs in Rome where you can study. For students who want to study university in Rome, we can list the best universities in Rome according to the fields they teach as follows:

Also, you can check our “Best Universities in Italy” article.

Accommodation in Rome, one of the most touristic cities globally and has high student mobility, is an important issue for students, and they have difficulties from time to time. Some universities in Rome offer dormitory options for international students, but dormitories have certain quotas that cannot be provided to every student. At this point, we provide services to students on subjects such as rented rooms and apartments.

You can also contact us for detailed information about scholarship opportunities at the best universities in Rome and the services we offer.

Please check our article on “Accommodations for Students in Italy“.